Executive Summary: A credit union is a viable option for many small businesses. Consider the advantages of a credit union over a traditional bank.

What is a credit union? It’s “big bank lite”. It’s a bank with checking accounts and savings accounts, with mobile banking services, with internet access, tellers, the whole deal.

All credit unions were chartered to help a defined group which may have included an industry, a community, or a business. This group was composed of members which became part owners of the credit union. It is still this way today where there is some sort of qualification in order to become a member.

Credit unions are not-for-profit and returns go to the members.

Do they serve businesses? Yes. They have business services in addition to personal ones. Depending on the credit union, they can serve different business entities including LLCs and corporations.

What are the pros of credit unions? Because it’s community-based, the feeling in a credit union is more personal, less sterile, than in a big bank. Other advantages include:

What are the cons of credit unions? The biggest con would be lack of access to big money and an ability to handle a higher number of transactions. Big banks are big because they help a lot of people or companies, do more transactions, and have more money in the bank. The big bank here in Hawaii has about $21 billion in assets while the big credit union has about $1.5 billion.

So, understandably, it’s likely that you’re not going to get a multi-million dollar line of credit for operating cash or equipment purchases with a credit union.

What’s the same between the two? The things you’ll get with both a credit union and a bank include credit cards, debit cards, mobile banking, and safe deposit boxes – all the standard services. They both put a hold on deposits, depending on who it is and the amount. 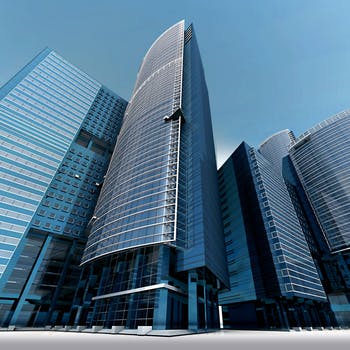 My story. I have had multiple businesses from revenues in the millions to in the tens of thousands. It’s true that if you need a large line of credit, you’re likely not going to get that support from a credit union.

My problem with Hawaii is unique to the Continental U.S. in that there really are no banks that serve Hawaii and the mainland. So, having a credit union now does great for depositing on the mainland just like I was at my local branch. If you operate in areas outside of your regional bank’s geographical network, perhaps a credit union works to accomplish more timely deposits.

I’ve enjoyed the attitude and less “corporateness” of the credit union. My credit union doesn’t use deposit slips, and I’ve had to get multiple cashier’s checks for which I’m charged nothing. This sort of attitude envelops the relationship which is a good thing to me!